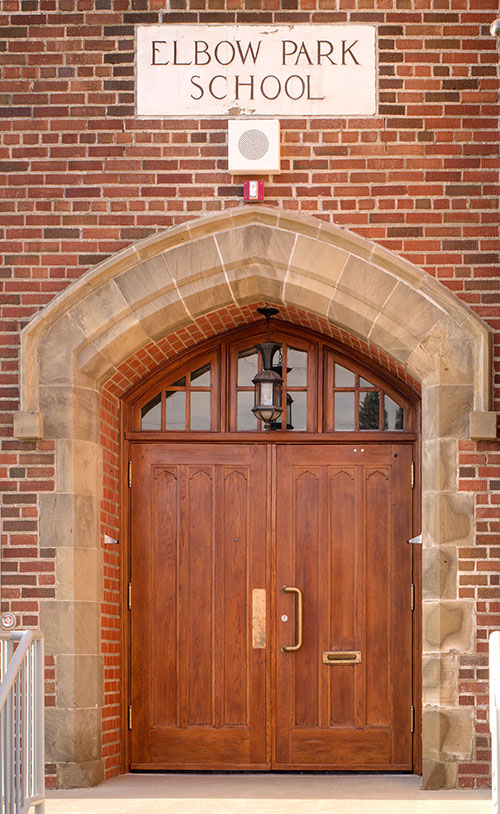 The June 2013 floods in Calgary caused significant structural damage to the school due to differential settlement. As a result, it was deemed that the school would need to be demolished and the Calgary Board of Education put out a Public Request for Proposals for a replacement school which was awarded to Gibbs Gage Architects.

Gibbs Gage Architects recognized the historic value the school represented to the community and, upon careful analysis and consultation with the client, community, and consultant team, designed a replacement school that includes the preservation of the North exterior wall and the reconstruction of the East & West exterior walls which could not be preserved due to constructability issues. In addition, select architectural pieces such as the library wood hammer trusses and the roof cupola are preserved or reconstructed and re-incorporated into the replacement school. A contemporary school was built within the historic envelope based on the programmatic requirements set by the Calgary Board of Education.

In order to protect the school from future floods, the new main floor is set above the 1:500 year flood plain, and a new foundation system was designed to withstand the effects of future flood events. The resulting design brought new life to this iconic community landmark.